Don’t Put That In Your Garbage Disposal! 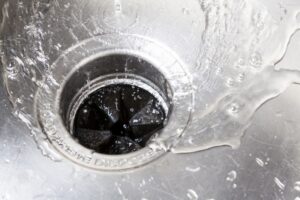 Garbage disposals are a convenient way to simplify kitchen clean-up. But unfortunately, the fact that they are commonly called garbage disposals is a bit misleading. There are a lot of things that should actually go straight to the trash can, and actual garbage—plastic wrappers, foil, lids, etc.—is top of that list.

How can you be sure which items are disposal-safe and which will cause a kitchen catastrophe? We can help you sort that out.

END_OF_DOCUMENT_TOKEN_TO_BE_REPLACED 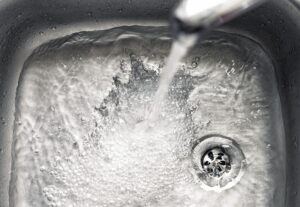 Garbage disposals are fantastic additions to kitchens, allowing us to quickly get rid of food scraps and waste with little effort. However, that doesn’t mean they’re magical machines that can stand up to anything. And they weren’t designed to be replacements for trash cans. Plus, a lot of us just don’t know about what it takes to maintain and take care of our garbage disposals.

In this article, we’re going to cover some dos and don’ts, so you don’t need to call us to repair your garbage disposal in Wilmington, MA. END_OF_DOCUMENT_TOKEN_TO_BE_REPLACED

Hire a Plumber to Fix Your Garbage Disposal 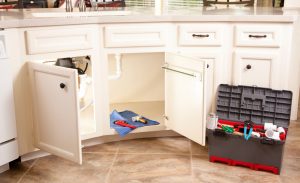 Few appliances in the home are more often used than your garbage disposal, attached to your kitchen sink and charged with grinding up food waste to allow it to slip easily down your drain pipes. Garbage disposals are vital to preventing serious clogs in your plumbing, but like any other appliance, they can run into trouble from time to time. When they do, an enterprising entrepreneur might be convinced to attempt to repair or replace it themselves. In most cases this is a huge mistake, and you can do much better hiring a plumbing service instead of fixing your garbage disposal yourself. Why? Read on for the answers. END_OF_DOCUMENT_TOKEN_TO_BE_REPLACED

Never Throw the Wrong Foods Down Your Garbage Disposal

Garbage disposals are a staple of most Boston, MA homes and because they’re fairly simple devices, repair calls are comparatively uncommon. The one time when repairs do become necessary is when the homeowner has poured an inappropriate food down the garbage disposal, which results in a big problem. Most people know better than to throw bones, peach pits and the like down their garbage disposal, but that’s just the beginning. A surprising number of foods will cause quite a bit of damage if you’re not careful. The more you know, the easier it will be to prevent the problem in the first place instead of having to call in a repair technician to get it treated after the fact. Here’s a list of foods you should always dispose of in the waste basket, instead of putting them down the drain. END_OF_DOCUMENT_TOKEN_TO_BE_REPLACED